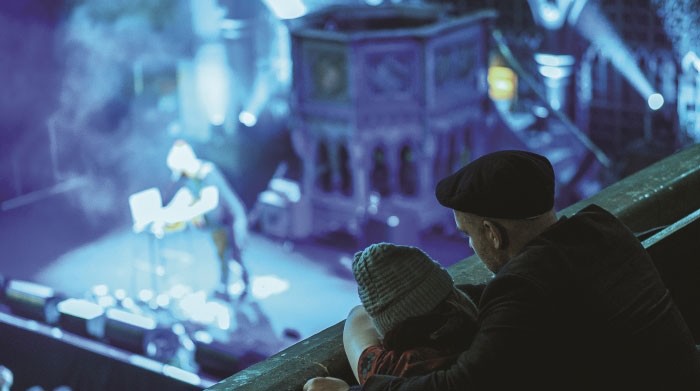 The most magical concerts in London are back, easing you into the new year with live music, bacon sandwiches and a cup of tea. Daylight Music returns to the Union Chapel.

“This season brings you shows bound with even more ideas, surprises and themes, like our time travel special and a celebration of all things Cornish. The Hangover Lounge are returning, after their hugely successful shows in the past, and they’ll be taking over Daylight Music at the end of January for a special gig, including an album launch from The Wave Pictures. Another first this season will a live set generated on an ipad app, thanks to the artist Ok Bertie!.

“There’s plenty of cinematic thrills this season; we kick off with a tribute to H.P. Lovecraft, featuring an actor from the Human Centipede series. And what links Downton Abbey and Avengers: Age of Ultron? It’s the fantastic Alex Mendham & His Orchestra, who’ve featured in both of them, and we’re thrilled they’re returning to Daylight Music. As well as new acts, we’re welcoming old friends back to the Union Chapel’s stage, including what will be a surreal and fantastic set by J-pop heroes NO CARS. Finally, I still can’t quite believe that the wonderful Benni Hemm Hemm are coming all the way from Iceland to play for us.” – Ben Eshmade (Daylight Music / Arctic Circle)