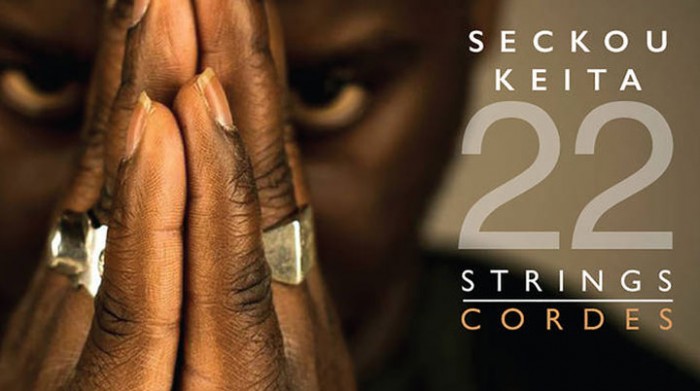 Following the rewards of gentle boundary pushing with Welsh harpist Catrin Finch was never going to be easy, but then Seckou Keita is a man who never considers the obvious. You might have expected him to try something equally inventive but instead he’s gone back to his Senegalese roots, intending to explore the possibilities of one man and his kora.

Maybe that’s a bit too simplistic since Keita, admits in his sleeve notes – a splendid semi booklet of reason and rhyme – that he worked with two questions burning in his mind, “ Who am I?/Who are we?” His answers softly tumble through ten tracks, lots about his family, homeland and background, some semi mystical, spiritual experiences and much about the development of the kora, Keita’s chosen instrument, here explained by the album’s title. Most koras now boast 21 strings after one was removed long ago in homage to mark the passing of the first master of the kora. You’d think 21 would give a full enough sound yet Keita’s magical 22 sounds at times like a mass gathering of griots. Honest, no doubling tracking or loops – read the small print.

The whole is an effective collection, an investigation into what makes Seckou Keita and continues to fuel him so far from his inspirational home. The detail is in the fact that he understands how to relate to the complexities of the 22 strings and that he never wants to undersell his heritage, seeing both the mythical and the probable as equally relevant. 22 Strings is a strongly spiritual and fulfilling release, one to lose yourself in, the man himself recommends a quiet corner where you can enjoy the calm measure of an intriguing collection.